The Beatles - Live In Anytown

Artist: Beatles Title: Live In Anytown Genre: Pop Type: New - LP Label: Highway High Fi Catalog ID: 110 Country: USA Our ID: 144217. View other items by this Artist View other items on this Label. Please, login if you would like to write a review. Website maintained by South of Shasta Consulting. Vinyl - LP - new - SS - Highway High Fi - 110 - Sealed 1974 Live Recording Tracks A1 A3 A6 A8 Recorded August 23 1964 At The Hollywood Bowl LA Tracks A4 A5 B5 B7 Recorded June 30 1966 At The Nippon Budokan Beatles, also known as the White Album, is the ninth studio album and only double album by the English rock band the Beatles, released on 22 November 1968. Its plain white sleeve has no graphics or text other than the band's name embossed, which was intended as a direct contrast to the vivid cover artwork of the band's previous LP Sgt. Pepper's Lonely Hearts Club Band. The Beatles is recognised for its fragmentary style and diverse range of genres, including folk, British blues, ska, music hall. Best The Beatles Songs Collection - The Beatles Greatest Hits Full Album - Продолжительность: 1:00:36 Greatest. BOHEMIAN RHAPSODY 2018 Side By Side w QUEEN 1985 LIVE AID Don't Stop Me Now & The Show Must Go On - Продолжительность: 23:36 Juan Dela Cruz 15 album got me hooked on The Beatles and fifty plus years later it still has me hooked. The musicianship and vocals are really top flight. This disc offers us some pretty important Beatles songs. I've been looking for a CD of Meet the Beatles for ages, because I wanted those songs in the same order I remember listening to when I was a young teen during the early days of Beatlemania. Finally decided to bite the bullet and order it, and I'm so glad I did This CD has mono and stereo versions of all the songs. From 1962 to 1965, the Beatles made 52 appearances on the BBC, recording live-in-the-studio performances of both their official releases and several dozen songs that they never issued on disc. This magnificent two-disc compilation features 56 of these tracks, including 29 covers of early rock, R&B, soul, and pop tunes that never appeared on their official releases, as well as the Lennon-McCartney original I'll Be on My Way, which they gave in 1963 to Billy J. Kramer rather than record it themselves. The Beatles in London in 1968. The White Album reissue shows the band members patiently working Corps Ltd. The Beatles. John Lennon, Paul McCartney, George Harrison and Ringo Starr worked painstakingly, using start-to-finish live-studio performances as a foundation but then building around them. In the studio, the Beatles ran through songs again and again, often in all-night sessions that ended up wearing down their producers and engineers. The new White Album package peers deeply into their labors it includes, for instance, Take 102 of George Harrisons Not Guilty, a song that never reached the finished album. The Beatles' album sets a new record for the longest gap between appearances at number one. The album cover showing all four Beatles - John Lennon, Ringo Starr, Paul McCartney and George Harrison - striding in line over the zebra crossing outside the northwest London studios is one of the most widely recognised in music history. The Beatles' Second Album shows just how complex things were already starting to get. For its 11 songs, Capitol borrowed the remaining five tracks from With the Beatles, their most recent single She Loves You, Ill Get You and four stray tracks: Long Tall Sally and I Call Your Name from a British EP, Thank You Girl the From Me to You B-side and You Cant Do That, from the. Capitol didn't have the rights to the soundtrack of the Beatles' first movie. Film studio United Artists did, and they centered this album on eight songs from the U. record the seven tracks heard in the movie and I'll Cry Instead. Not musically, of course-raw and sprawling, The White Album contains some of their richest and most enduring songs-but insofar as the LP showed they were starting to work and develop distinct styles apart from one another. Blackbird You hear Paul working out the way hes going to sing it, and thats the beauty of this: We live in a world where everything has to be perfect and you forget that great music is made mainly by people and by voices and by instruments in a room 
Related to The Beatles - Live In Anytown MP3 FLAC: The Beatles - A Collection Of Beatles Oldies The Beatles - The Lost TV Tapes 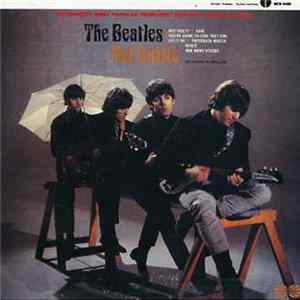